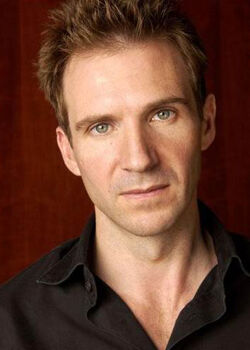 Owen was the fourth of seven children born to the Windrose family. Later in life his support of the Republic would alienate him from his pro-Imperial family and more specifically with his the closest of his siblings, his older brother Nathan. Together with Nathan and their childhood friend Caprina Vasile, the trio got into a great deal of mischief and the odd adventure.

Being the fourth child in a large family, Owen was fairly comfortable following in the footsteps of others. That fact most likely contributed to a lack of original planning for the sake of his future. Their family was unable to provide much and options were limited and so Owen felt he really had very little say in the matter. Furthermore, Owen Windrose didn't give two tugs of a dead gundark's ears about politics one way or the other for much of his young life. The Empire was in charge, his family seemed to feel that was the way it really ought to be, so why question it?

It would be sometime after Nathan had departed for service in the Empire that Owen got his first exposure to thoughts outside this little bubble. Before this point, the Alliance to Restore the Republic had been nothing more than rumors. It was Caprina's Uncle Oscar, a supporter of the Rebellion that made the entire thing a fact for the young Corellian. A little thrown off by the absence of his brother, a mix of teenage rebellion and passion made Owen a sponge for Oscar's rumblings.

Owen had found a Cause.

While it didn't take long for Owen to start looking it would be a little while yet before he got involved in the Rebellion itself. He attended a few meetings, debates, wrote a few anonymous letters to various publications. Eventually at one of these debates he was finally approached by an Alliance recruiter.

Soon after Owen, along with Caprina found themselves in the action, such as it was. The small rabble on Corellia at the time were far less glamorous than either of the two young people had envisioned but this fact didn't cause Owen to waver in his new found passion. The activities they were involved it were hardly anything to write holodramas about but each one added to Owen's reputation for being the man to see about getting something done quietly. Uneducated but possessing keen insight and sharp observational skills, the fourth Windrose child soon caught the eye of Rebel Intelligence was assigned to that division. A hastily scrawled note to his disapproving family and a shuttle ride later and before long the then nineteen year-old found himself off-world.

A gulf quickly formed between himself and his family and his being reassigned to Intelligence forced him to part ways with Caprina, though he still remained in touch with her,made Owen grow a bit solitary and self-reliant. He was passed along from mentor to mentor with few people ever entering into his circle of friends though his developing personality quirks didn't fail to make him a few enemies. Regardless, his isolation and commitment seemed to mark him as perfect for certain kinds of work and furthered his reputation.

As a field agent, Owen had a record of getting results, despite a growing tendency towards reckless and insubordinate behavior, and some of his exploits became things of renown and rumor, even if no one in the Intelligence community knew exactly who was responsible.

This spree of cocky success was brought to an abrupt and violent halt when one of Owen's assignments went very, very bad with surprising swiftness. People on both sides and some bystanders were killed and Owen's right leg was badly damaged. With major heat coming down from the Empire, Owen was pinned down for days in a safehouse with insubstantial medical equipment which left him with a bad leg and a limp. It's possible that later and even now, Owen could have had the leg removed and replaced with a cybernetic limb but for reasons he's never expressed he refuses.

Much to the surprise of all who knew him, while the injury changed the nature of his work it didn't seem to slow him down. Whether out of his commitment to the ideals of a restored Republic or simple spite against those that thought he was finished, Owen Windrose took to his new playing field with the same determination he had showed either with a cooled temperment and hard-earned wisdom. Before long it had earned him the position he currently holds, Director-General of the New Republic Intelligence Service.

My character was trained by [insert name of Master here]. My character took part in the following storylines:

Retrieved from "https://swrpg.fandom.com/wiki/Windrose,_Owen?oldid=7386"
Community content is available under CC-BY-SA unless otherwise noted.