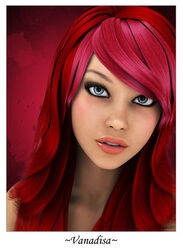 "Let's just get of this damn ship before we're dragged into that bloody sun, 'cause this ships engines are only useful as scrap." Atin, Kal's partner, said as he followed Kal down the hallway of the Barloz-class freighter and towards the cockpit.

"Will you stop whinging like a hut'uun and help me get this ships logs!" Kal retaliated turning to glare at his partner though his visor. I really should have asked someone else to accompany me on this job. Well at least he’s not whinging any more. Kal thought to himself as he and Atin made their way towards the cockpit noting that the escape pods were missing, which was odd as he had been told that only robots had been piloting this ship not people.

Entering the cockpit Atin made his way towards the pilot controls and began to slice through the security systems looking for a way to gain access to the security and ship logs. “I’m going to take a look around and see if there is anything we can salvage.” Receiving a grunt of acknowledgement Kal made his way towards the passenger cabins. Who know he might get lucky and bag himself something to take home.

As soon as Kal entered the cabin he noticed instantly that the room was made to look like a little girls room. The walls were pink and covered in flowers and butterfly’s, the bed sheets were a bright pink colour and their were stuffed toys everywhere. He could also hear very soft crying coming from under the bed. There were people on this ship and they abandoned a child. He thought to himself as he removed his helmet then began to slowly level himself with the ground hopping not to scare the child.

“Please don’t hurt me.” May said softly when the mans face came into view. She had climbed all the way to the back of the bed and now had her back pressed up against the wall.

“I won’t hurt you, I promise. I just want to know what happened ad’ika.” Kal said softly and as reassuringly as he could. What sort of sick di’kut would leave his own daughter to die in space? He thought to himself sickened and horrified.

“We got hit by a meteor storm and once it was over the engines weren’t working and nobody could fix them so everyone made their way towards the life pods and escaped from the ship that way, but mummy and daddy forgot to get me.” May said trying very hard not to cry and failing.

“Ni kar'tayl gai sa'ad Ka’ra Tracyn.” Kal said adopting the little girl as his daughter. “By Mandalorian law and custom you are now my daughter and I will never abandon you. I promise you that.”

“Right today is the first day of your training ka’r’ika. You remember the Resol'nare don’t you?” Kal asked as him and his daughter were eating breakfast in their temporary home.

“Exactly!” Kal replied ecstatic that his daughter had memerised the Resol’nare in just a few weeks. “So today I am going to teach you how to fire E-17d sniper rifle.”

“That was fun can we do it again tomorrow?” Ka’ra asked as her father gave her a piggyback ride back home.

“Of course we can.” Kal replied happy that his daughter found their training to be something that she enjoys.

“I hate Bastion.” Ka’ra muttered to herself though the sound never left her helmet. Ka’ra had travelled here just after she had buried her father and had his armour refitted and recoloured. She had spent the last week trying to find her blood parents to no avail so had decided to travel to Telos to join the New Republic that might just annoy them enough to show themselves.

Ka'ra's blood parents were both traders for the Empire and were both feciously loyal to the Empore. The cargo ship that they had been in on the way out of Bastion air space was caught in a meteor storm and in the mad scramble to get to the escape pods her parents forgot to get their daughter who had been hidding under her bed.

Three days after the storm a pair of mandalorians had borded the cargo ship where she had been found and adopted by Kal Tracyn.

Ka'ra has an Eidetic memory which allows her to remember everything that she has seen, heard, smelt, tasted and touched. It's a valuable tool to have when you're a worrior.

Teras Kasi and hand-to-hand combat taught to her by her father.

Ka'ra was trained by [insert name of Trainer here]. She took part in the following story-lines:

Ka'ra earned this rank on [insert link to promotion thread here]. She took part in the following storylines:

A Reunion of Sorts

Girl with red hair| by igolochka