Start a Wiki
The Black Sun 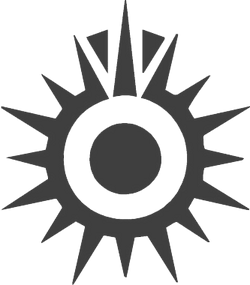 Vaago the Hutt had long held a tight grip on the underworld until the rough times hit him especially hard. Drifter's Paradise was once a bustling hub of gritty activity, but had slowed down. Due to it's hard to reach spot in the Galaxy and also to budget problems, Vaago was on the ropes financially. Unable to sustain his luxurious lifestyle fit for a king and also pay his men at the same time, people began to leave. Problems with overworked and underpaid staff arose when contracts started getting botches. Contractors began pulling out, leaving Vaago desperate.

Faced with the closure of Drifter's Paradise, Vaago consulted with one of the last bounty hunters left in his roster, Valo Torreno. Valo had been a trusted "right hand" to Vaago for a long time now and someone who Vaago trusted. On hearing of the collapse, Valo decided to step up and save his boss. Since being a young man, Valo saved money the best he could. After amassing a small fortune, he decided it was time to invest his money.

Vaago also consulted with one of the last smugglers he had as well... Cad'sha Briez. She was always a very wise and cunning smuggler. Being one of Vaago's highest ranking Lieutenants, she was someone whom Vaago trusted. If there is one person who could find anything worth finding in the Galaxy, she was the one. With unmatched smuggling skills, she had never been caught and always came back with big hauls. Vaago wanted her in his ranks.

Valo Torreno and Cad'sha Briez took a big chance. Valo decided to bail his boss Vaago out monetarily. Cad'sha had also signed on to be Vaago's senior advisor. Not only that, but they both decided to expand the operations of Drifter's Paradise. Vaago used his sway as a crime lord to broker a deal with his fellow Hutts. On Nal Hutta they would now set up shop. Drifter's Paradise would continue to operate as a tourist venue offering rooms, shops, a casino and more. It was decided that Drifter's Paradise would orbit Nal Hutta and be upgraded for defense purposes. Valo purchased a large palace and the set up on Nal Hutta was complete.

Vaago, Cad'sha, and Valo decided to name their new found company. It was decided that The Black Sun would be revived and renewed under their leadership. Now under the banner of The Black Sun, Vaago and Valo set their sights to be the greatest criminal empire of all time.

Now with a home planet and a new base of operations, backed by millions of credits, The Black Sun is open for business. Bounty Hunters, Pirates, Bankers, Investors, Mercenaries, Businessmen, Smugglers, and all manner of those attuned to criminal behavior will flock to be in the ranks of The Black Sun. With a newfound confidence, Vaago puts his trust in Valo as they intend to make a criminal empire to reckoned with...

Retrieved from "https://swrpg.fandom.com/wiki/The_Black_Sun?oldid=41436"
Community content is available under CC-BY-SA unless otherwise noted.