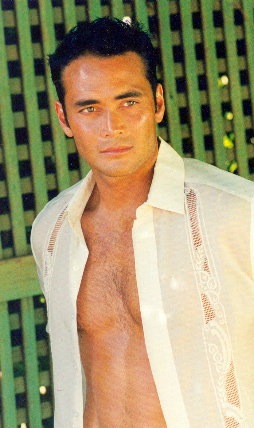 Astor has always been a man caught in two worlds. One half of him was the man of discipline and honor, the other was one of anger and rage. Torn between the madness of a beast and the soul of a warrior, it has been difficult for him to reconcile the opposing sides of his nature, and in large part that was what led him to the Jedi in the first place. With them, he has found the opportunity to tame his more aggressive instincts and hold onto his humanity. It is hard to move forward, though, when his past is such a mystery to him. For now, he takes his life day by day, sating himself by doing the best he can.

Astors early life was a simple one. He had parents, they fed him for a while. Then they gave him up. Born a son of a family who abandoned him into slavery on Ryloth, only served to grow angry of his jailors who in turn tested the various settings of their stun batons on him to shut him up. Astor grew into frequently violent rages not content with being a simple slave. His people where once held as slaves forced not to speak and the thought of being a slave was the most horrific thing you could do to a Lorrdian. The Hutt who he was sold to as a slave grew amused with his violent little slaves outburst which led him to make a profit off of small pit fights between him and other unruly slaves. He spent two year fighting and winning for the Hutt until he found a way to escape. He lunged at the Rodian who was guarding him. Astor managed to hook onto his neck until he fell to the ground, with a last breath of air, the Rodian lay on the ground dead. Astor escaped, he started running, he ran for days straight until eventually he passed out.

A week later after his eighth birthday he had to go somewhere, anywhere to get away from this place… back home? Slipping aboard an unknown ship all he wanted to do was go somewhere. He didn't realize, but someone had seen him sneak onto the ship. Once it was out of orbit and entered hyperspace an armored hand pulled Astor from his hiding spot in a storage room. There were a million thing he could say to explain why he was on the ship but as soon as Astor looked at the person grabbing him he froze in fear. He was held by a man in armor. It wasn't long before the man let Astor go seeing the fear and rage in his eyes. The man was a Mandalorian. It didn’t take much talking to persuade them to let Astor seek passage aboard there ship. He was told to do cleaning and act as their servant for the trip as payment. While the notion of serving someone was awful he was at least free - mostly. He eavsedropped on their conversations as they spoke of the Mandalorian Code of Honor

The ways of the Mandalorians and their teachings were gray, tending to be slightly darker then most. When he arrived on Ryloth he found his family home destroyed and his parents bodies nowhere to be found. The mandalorians were not heartless enough to leave the boy to survive on his own. They took him in, soon slowly he became almost like family to them. Family was very important to the Mandalorians, yet when compared to most other cultures, they held very different beliefs as to what constituted a familial relationship. Despite the fact that fidelity and chastity before marriage was highly emphasized, they were unconcerned about parentage. Believing that aliit ori'shya tal'din (Family is More Than Bloodlines), it was common for orphaned children, and even adults, to be brought into the culture. The ceremony for adoption of a new Mandalorian is named gai bal manda, which means literally "name and soul". For the Mandalorians, there was no difference between a biological child and an adopted one and so Astor was adopted into the clan.

By the time he was sixteen years old he had knowledge of combat, trained in many forms of combat and extensive weaponry, he was trained in the use of many common and exotic martial arts, such as Echani art and Teras Kasi. Medical and other abilities are a lesser known aspect of his training that involved being taught techniques designed to sustain the lives of his family or friends until help arrived. He was trained in the use of various equipment and technologies giving him a vast knowledge of systems ranging from security to computer use.

He learned from his master how to sharpen his anger into a weapon by practicing with a sword, often fighting in battle circles. His adoptive father Fador Ratn was a strict master when it came to combat. Making Astor perform every stance, every thrust, every action down to the last detail four times over and with each hand. As each mandalorian would make their own set of armor; it was considered the height of their training and the individual would develop a bond with the armor. In this case, it was similar to how a Jedi viewed his lightsaber. By the time he was 18 years old Astor was ready to start building his own armor.

He made his armour black to represent Justice, gold to represent Vengeance, & a very dark green to equal Duty. Now battle hardened enough to go out on his own, he had to find out what had happened to his parents and if they died that day or are still alive, and if so, if he can save them. He lead a life of furious bounty hunting and tracking leads that all went nowhere. It was a pitiful sight as he sat with his warrior sprit slowly slipping from his grasp. It wasn't until he thought of the stories of the respectable Jedi that his adoptive father told him that made him head to the jedi temple for some guidance.

Upon arrival on Yavin 8, Astor found his way to the in the Great Hall where he was accepted into the order by Jedi Guardian Samu Hairetsutsu. As his time went on he found a master to train him in the jedi arts Satkia Beltrak.

Some time after Astor joined the Jedi he received a gift from a old friend it was a old heavily armored HWK-290 Light Freighter. The ship its self has seen better days as rust covers bits of the outer haul, but important positions have ben reinforced. Top of the line Shielding has been put in to effect. the smoothest of rides but a sufficiently used hyperdrive system and NaviComputer was put into effect also.

Their are two sets of Dual laser cannons mounted on each wings, they are the only weapons on the entire ship which had modified controls for easy flight and fight.

The datapad found in the ship when Astor received it told him the name. Fallen Glory. The following Link is to the HWK-290 Light Freighter's Deck Plan

Astor only has two blasters that he has used in his life when needed. Twin DC 17 blasters

Astor trained in many forms of combat and extensive weaponry, as was trained in the use many common and exotic martial arts, such as Teras Kasi.

Astor was trained by Satkia Beltrak and was trained in the following force skills and abilities:


Force Sense - allow Force sensitive users to feel the Force energies around them and you will sense the force in a certain place and whether it is light or dark
Force Speed – action or motion used to accelerate normal movements quicker.
Force Leap or Force Jump – Leaping or Jumping abilities that travel higher
Force Healing – using your concentration and meditative skills aided by the Force to induce positive affects of self-healing.
Force Control Pain – used to help with controlling your physical pain
Force Pull and Force Push – Pulling or Pushing objects and it is similar to telekinetic Pull or Push use
Force Levitation - involves using telekinesis aided by the Force to lift yourself or items into the air Force Persuasion, Mind Speak, Receptive and Projective Telepathy - You can receive an emotion and thought from others and then return thoughts via the Force to the same individual. This is a form of Force communication.
Mental Force Barrier - involves using the force to create a wall around your thoughts or to block mental invasion by summoning random nonstop waves of misleading memories(real or fake),Thoughts and concepts, and images.

Understanding of Form I: Shii-Cho, also known as The Way of the Sarlacc

Astor gained the rank of Jedi Apprentice on September 3rd, 2009 .Astor was trained in the following force skills and abilities:
Force Resonate - allows a person to send a vibrating resonance into an object or area of material.
Force Shield - ability to raise a lesser Force Shield or Force Energy Wall

Time to begin ~Start of training~
Swordplay is not a game ~Basic Lightsaber training~
If you respect your ennemies, respect your allies too ~First Field Mission/Training~
Seeking the Light ~Training/Crystal Hunt~

Return of a "Strange" Man
Do Not Question Sad Tree
Oh Won't You Follow the Light?
Renewed Path

Retrieved from "https://swrpg.fandom.com/wiki/Strange,_Astor?oldid=36719"
Community content is available under CC-BY-SA unless otherwise noted.