The SWRPG Wiki
Register
Don't have an account?
Sign In
Advertisement
in: Characters, TSE Members, The Sith Empire,
and 2 more 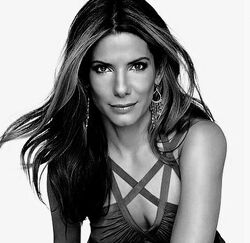 "Do not talk about what you have done or what you are going to do... do it and let it speak for itself." --Dara Shadowtide

Dara was trained in the art of smuggling while her father also guided her skills in combat training. Dara became quite proficient with a sword and her father gave her a lightsaber which he "acquired" along his travels. She studied and practiced with this elegant weapon able to levitate small objects merely by concentrating and her father recognized this as a force skill. Just as Dara's father was going to arrange force training for her, he was murdered while on a smuggling assignment. Dara was onboard the ship as her father was brutally murdered in front of her. She escaped from a secret compartment in the ship once it landed and did not return home to Garqi for a very long time. The nightmares haunt her every night as she relives the scene of his murder.


Dara's travels led her to the Sith Empire where she studied under Lady Diamante, a very wise and powerful woman, and Darth Havok, the only man she has truly ever loved. As Dara became a more skilled warrior in the Dark Side, she then additionally joined the Rogue Sith Order which merged long ago with TSE. Dara is loyal to the Empire and has dedicated her life to the glory of the Dark Side. Dara has in her possession an item from the sea of her homeland. It is a black pearl and when held in the palm of her hand it channels intense pain to add to the power of the Dark Side within her. She also has a Sith Talisman given to her by Sith Master Saurron which is also used for transferring pain to power. Dara was very close to Darth Havok until one day he just left without a word. She waited for him for a full year, and yet heard nothing from him. She then decided it was time to move on and that his abandonment was permanent. She then became Sumor Rayial's wife in the Dark Side. However, following her usual luck with men, Sumor disappeared from the Empire and upon his return he emerged a changed man - a man seeking solitude. After the dissolution of her marriage, Dara has walked the path of the Dark Side with no companion. Sith Master Dara Shadowtide resides at her home at TSE.


Sith Master's Dara Shadowtide's first homeworld was located on the planet of Garqi - An unimportant agricultural world of fertile plains and oceans located in a remote corner of the Outer Rim. The mottled red and purple planet exports agricultural products, harvested by immense automated combines, to its immediate neighbors. The world's population is concentrated in the capital city is Pesktda, which is covered with a leafy canopy and is home to Garqi Agricultural University. The human population of Garqi is a sparse 800,000. The planet's plant life includes purple djorra vine, while its animal life includes the rdava-bird. Garqi is now included among the planets controlled by the Sith Empire.

Dara's mother, Brianna Shadowtide, died during childbirth while having Dara and so she was raised by her father, Cale Shadowtide, a smuggler well known throughout the galaxy by reputation. She has two blood sisters - Lyra Darkstar and Dalethria Tankreyd.

Dara was promoted to the rank of Sith Warrior by Sith Master Darth Ogre on July 30, 2000.

Dara was promoted to the rank of Sith Knight by Sith Master Lady Diamante on September 16, 2000.

Dara was promoted to the rank of Sith Lordess by Sith Master Lady Diamante on November 28, 2000.

Dara was promoted to the rank of Sith Master by Sith Master Darth Havok on December 10, 2001.

As a Sith Master, she displays mastery in the following force skills and abilities:


Force Persuasion, Mind Speak, Receptive and Projective Telepathy - You can receive an emotion and thought from others and then return thoughts via the Force to the same individual. This is a form of Force communication.


Force Absorb/Dissipate Energy - allows a force user to absorb energy attacks [Laser, Blaster fire, and any other type of Energy release] and dissipate it.


Farseeing – allows a force user to "see" into the future, past, and present


Force Masking - block your own Force signature from others nearby you


Force Dark Aura – allows you to create in the immediate surrounding coldness, fear, and uneasiness


Force Choke Hold – allows you to choke your opponent, but please keep in mind that Jedi Knight, Jedi Guardian, and Jedi Master are able to defeat the use in a correct manner of distraction or forcing the attacker to lose control


Force Resonate - allows a person to send a vibrating resonance into an object or area of material.


Sith Sorcery - Sith Magick that allows the practitioner to channel the spirits of deceased Sith Lords, using their power to supplement your own to alter materials (make stuff like sith swords, dark armor, sith poisons) as well as alter animals into terrible beasts

[Force Beast Language – Creatures: All domesticated and/or friendly animals, all wild non-predatory animals, and all ferocious / predatory such as a wild Vornskr, Rancor, D'oemir Bear, Corellian Sand Panther, and so on. You can not take mind control over a beast or creature in any way. Duration: 4 years study and dependent on the creature of choice [This Force power use is a Trade Off Force Power Usage – meaning you will give up Force Control Pain, Force Shield, and Force Enhancement to learn and use this Force Power]

Dara has served on 15 Council leaderships during her tenure at The Sith Empire.

TSE Leadership Chronology (Past to Present)

Past and present apprentices of Dara Shadowtide (in chronological order):

Dara began her roleplaying experience with tabletop pencil and paper Advanced Dungeons and Dragons. She later joined the Talk City Star Wars rooms when they opened in 1999 and was asked to be a staff member on the Moderator Staff. She joined SWFans on the old ezboard back in 1999-2000 and eventually opened SWRPG in 2003.