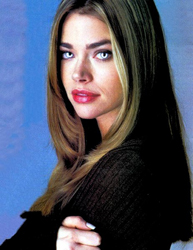 Callista’s dark side journey started at The Sith Empire under the tutelage of Dara Shadowtide. There she trained to the rank of Sith Lordess, one step below Master. At that point, she started believing that The Sith Empire was changing. The Council had rotated different seats countless times and she no longer saw it as a strong authoritative figure in the galaxy.

Drako, a TSE defect, approached Callista about working as a double agent for The Galactic Empire as well as the Dark Jedi of Rannon. She agreed and began spying on The Sith Empire, reporting to Drako and Invictus before being caught by Athena, her blood sister. Callista fled. Ties, however, kept her partially bound to the Sith as she had fallen in love with Darth Phantom. They continued to see one another. Drako eventually caught wind and confronted the then pregnant Callista. He attempted to kill her for her treachery, but was stopped by Phantom. At that point, Phantom and Callista both went into hiding on a remote planet, vanishing for a couple years.

When they resurfaced, Callista and Phantom set sails for the newly gathered Dark Jedi on Ruusan. Their daughter is still currently in hiding.

Callista had originally joined The Sith Empire and gained the rank of Sith Lordess under Dara Shadowtide before realizing she no longer belonged there. She joined the Dark Jedi as an agent, spying on the Sith. Events led her to flee and hide for several years before finally rejoining the Dark Jedi on Ruusan.

Callista started out as a chat based character in the TalkCity chatrooms in 1999. Her main storyline was taken from the Callista Ming of the Star Wars Expanded Universe. Just as she did in the books, the Callista of TalkCity started as a Jedi. She was part of the Jedi Force Circle with few other Jedi before being turned to the dark side by Darth Kal. Her name then became Darth Callista and Lady Callista before finally settling on Sith Lady Callista when TalkCity allowed people to enter any name they wished (before it had to have a preset suffix such as Darth, Jedi, or Queen). Callista roamed the different chatrooms (Naboo Swamp was her home) and met many individuals, including Dara Shadowtide.

On July 28th, 2000, Callista made the move to Ezboards before officially joining The Sith Empire early April, 2001 under the tutelage of Dara Shadowtide. She went by Lady Callista until The Sith Empire branched and eventually moved to StarWarsRPG.net where she now just goes by Callista.

Over the years her history has developed and although it still remains that she was a Jedi prior to turning to the dark side, most of the TalkCity events have been removed.

This character is played by Jennifer, a veteran Roleplayer that got her start in the TalkCity chatrooms in 1999. Jennifer is currently 26 years old. She is a graphic designer and enjoys using her abilities to help with character signatures (when she's not being lazy).

Retrieved from "https://swrpg.fandom.com/wiki/Ming,_Callista?oldid=18940"
Community content is available under CC-BY-SA unless otherwise noted.