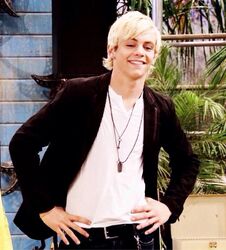 "The way I see a warrior's true strength is not the armor or weapon he/she wields. It is actually the individuals beliefs in which they fight for whether it is for peace, honor, or corruption. The choice entirly depends on that one unique individual."

Tal Ka’rta Kote was born on the warrior named world of Mandalore under the Kote Clan. At that time there had been much peace without any need for conflict. The Kote’s were the only type of clan who saw at a different pace of maintaining peace rather than fighting. They were amongst the only clan who didn’t follow the last act of Resol’nare. Either way the young mando’ade were still trained to fight like warrior’s if peace never came. At the time of peace within the clan his father was a strong willed warrior who knew the only way to become strong was through first-hand experience. As to show how much it takes to be a mandalorian. His mother, on the other hand, was to kind hearted and held to much care for his son(s). They were like precious gifts of god. Despite the differences both parents had; Tal was still able to live out the life of any normal mandalorian child.

In time, however, Tal’s very own father had grown more and more aggressive to him. It was how he put a way of toughing up his son. Preparing him for when a true fight would happen. It was to show that he was really ready to walk into a battle and come out without much scratches. There wasn’t many out there who enjoyed Ka’rta’s way of toughing up his own son. Many family members thought of it as child neglect? And despite wanting to speak to the clan leader of this; many were to afraid of what might happen. So it remained as a simple secret.

With that secret in mind; Tal continued to receive the horrors that ‘dear old dad’ gave to him. Despite the torture and several pains; young Kote was able to free himself from his home – with the help of his mom – to go play with family members and other mandalorian children. The only one he seemed to hold the closest of relations was with his cousin [i]Alice Switch[/i]. Whenever they had the chance both of them would run out to play simple games or with toys that Alice collected. And when some of the other children decided to pick on his cousin; Tal would always step in to protect his cousin. In time, though Tal would eventually

The act of being a warrior followed though not only wearing the armor, speaking the language, or aiding the leader Mandalore in battle. There was struggle against those outsiders held no understanding to tradition or the kind of culture that mando'ade had. The weapon that Tal now holds was a weapon crafted from another mandalorian with the same last name of Kote. This mandalorian went by the name of Ganar Kote. Ganar believed that a warrior's true strength relied within the warrior himself. After the Kotes conspired through their first civil war. The dictating leader Ani'la Kote held no care for the individuals that lived within the clan; the addicting power of clan leader eventually went to her head through the killing and destruction of some of the surrounding Kote forests. Seeing the destruction that Kote warrior's and citizen's put into the surrounding area Ganar crafted a weapon constructed from mandalorian iron and zillo beast skin that made it not only lightsaber proof but blaster proof as well. Ganar gave the weapon a black crystal that would hold the effect of lightsaber. However, only mandalorian warrior's with unique qualities where allowed to use the weapon. Ganar enscribed three words in the mando'a language: Aliit, Gayiyli, and Tor. For those individuals who held some understandin in mando'a the words held the meaning in basic: family or clan, resurrector, and justice. Ganar used the weapon against the clan leader, upon its activation it had a black core with a white glow around it. Ganar explained how the glow symbolized the clan's true motives and intentions. Using the weapon as an act of defense Ganar pushed into saving what many wanted to keep in protection. After the long rulling fight Ani'las leadership within the clan was brought down and the unique gray hilted weapon was placed away in storage so that a warrior with the same unique qualities as Ganar could wield the weapon as a single of honor and protection for the outcasted clan.

"The thing is to know when you really need a blaster. Keep it at your side holstered and don't draw it out unless you feel threatened or if someone points a blaster at you."
―Tal Kote

On Leave from NR

Commander of the New Republic Army

Here is some of the themes I came through with Tal.

Inspiration: Starting off on roleplay on myspace I began with a character that was a clone apart of the Grand Army of the Republic. I knew very little of where I can go and how I can adapt into making a unique character. Then, I learned of the mandalorians. Slowly, I started working into studying everything mandalorian on wookiepedia. That was when my character transferred to a mandalorian on myspace where only a few people knew of my skills and amount of study time towards a mandalorian character. However, once I joined Force-FX Jedi Archives more study towards the jedi came into play and I did not realise how much the mandalorians and the jedi where alike in a way. So then my character on myspace became a jedi master mandalorian. It seemed out of the ordinary but it was that unique way of adapting into one's character. Now joining SWRPG with the experience I have with roleplay it was a little dificult for me to come up with a unique character that I could play as here.

From the moment I joined the site I spent almost nearly a week (on and off the computer) coming with ideas: species, names, appearances, personality, and titles of what kind of character I should come up with. At that time it did not cross my mind of using a mandalorian as my character until I looked back to my myspace account of my mandalorian character that I played there. Then the idea dawned upon me of using my myspace character (who's name is also Tal Ka'rta Kote) on the SWRPG only with a slightly different story. Tones of ideas raced through my head of what I could be aiming towards with this character. I decided to add in a character that has a cool, calm laid back, and centered minded personality and mixed that in with some of the traits people saw in me in real life of being comitted, calm, dependable, honorable, quiet, and courageous. It was a half and half deal of putting in a character that would show everything that he had through the use of personality and skills as a lone individual.

I also held an enjoyement to the character Yusei Fudo from the series of Yu-Gi-Oh! 5D's. This character shared a personality close to mine and the character I was aiming for on here. He was series, calm, and clear-minded even in the most dangerous situations rarely acting on inpulse and trying to stay at least one step ahead of his oppoenents. He also was one who was close to his friends never putting them in harms way and very intelligent with computers (hacking, slicing, etc.) and engineering skills and a once fear of bugs. I figured why not mix these in with a mandalorian character and bam you have a mando'ad verd that is ready for anything.

There was something about Yusei that I just could not stop thinking about in terms of personality and actions. And I still do love him and watch the series so I can learn more about him and adapt him into my character that I have now. Creating Tal has placed in my own personality that I have now in real life, some personality traits I thought of, and the personality of a character from a T.V. show that I jsut com to know and love in the long run. Mixing it around and adding in some of my own unique twists makes it a great character to roleplay with and learn from. As the character - Yusei Fudo - from Yu-Gi-Oh! 5D;s often says when he pulls himself out of a jam: "Let's Rev it Up!" And I can't wait to do that the more I roleplay on this site with this unique character

Retrieved from "https://swrpg.fandom.com/wiki/Kote,_Tal_Ka%27rta?oldid=40900"
Community content is available under CC-BY-SA unless otherwise noted.