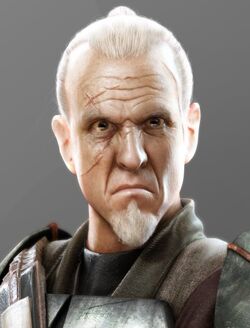 It really wasn't much to be born into the mandalorian lifestyle? Everyone had their own beliefs, their own styles of training, and their own was of fighting. A warrior's path was always different. You could never predict the outcome of what would happened. It seemed hard enough to hold Kote mandalorian blood, and yet being born on a completely different planet; seperate from Manda'yaim. Je'karta Tar Kote was born on one of the mandalorian worlds of Concord Dawn. During his childhood; Je'karta was not a mandalorian thought of to actually have the last name Kote. In fact, many would believe a mandalorian to actually have an easy time upon this world. Several of the reasons revolved around the conflicts that the mandalorians were going through. They never really saw the fighting going on between different clans and splinter groups like the Death Watch. But just as shown; Je'karta's life was a little on the sour side. His life remained on Concard Dawn with little family to go around to. His own memory of his parents were as such: a mystery. He was seen as the child that was left behind with no hopes for a future. The small town that Je'karta lived within saw little travelers from the outside world. Those who were called True Mandalorians never paid any interest in visiting those who were born on worlds other then Manda'yaim. They believed them as outcasts. People who would never show the galaxy the truth about themselves.

With the sudden and explicit uprising of the Mandalorian Civil War in 60 BBY; a battle that pitted Jaster Mereel's True Mandalorians against the splinter group known as the Death Watch. It was at this time that Je'karta was at the age of 13 and had been learning what he could about the mandalorians. The different acts that followed the Resol'nare, the language that the mandalorians spoke, and even the code that a warrior lived by. Je'karta had trained himself with no teacher to become a warrior.... someone who could fight even if he was not born on Manda'yaim.

Only a few had survived counting in with Je'karta. During his recovery one of the True Mandalorian's recognized how much honor, courage, and pride Je'karta had for fighting against the Death Watch. The man didn't give his name; he only introduced himself as a Kote mandalorian from Manda'yaim, and offerred him a chance to train more to home his skills in combat so he could continue fighting for what he believed in. With much gratitude Je'karta accepted the offer, and later that week left Concord Dawn back to Manda'yaim where he would finally see the training he could to become a true warrior of the mandalorians.

Retrieved from "https://swrpg.fandom.com/wiki/Kote,_Je%27karta?oldid=22960"
Community content is available under CC-BY-SA unless otherwise noted.