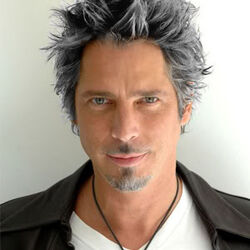 Found falling from a spaceship in Theed, Naboo by Caltin Vanagor. They talked, they ate, Manu answered questions and Caltin invited him to become a Jedi. So, naturally Manu accepted. On his way to Yavin VIII to see what it's all about, he heard that his baby sister had been taken by slavers. He rescued her with help from Hana Kae, the Ruler of his race, the Echani. Once reintegrated with his People, Manu and his sister Dalia were welcome in the Kae Compound. He fell in love and married Erryn Xextos, the True Kae.

Manu's spent his entire life chasing through star systems with his parents. Sure, it wasn't 'the life', but it was a living and by age 15 he really didn't think up anything else. Especially with his sister to take care of. Trained in Echani martial arts and found to have a lot of talent for movement, for just skipping narrowly past fatal blows. On the run again, Manu was getting tired of fighting his family's battles. Courage is a funky thing, and fate's another. The Najwa family was crashlanding and everyone needed to be on their feet. Dalia was shoved off on an annonymous friend, Manu was next when the ship crashlanded on Naboo.Now with no options on another planet and his parents running with a "good luck, son! See you later!" he's on his own. Maybe there's a reason for his abilities after all.

Ahani Najwa met Urdu Najwa in a back alley spaceport somewhere neither cared to remember. Urdu was smiles and ale, Ahani was one port away from finding the right place. Together they made a life, spreading political rebellion like butter on hot toast. Manu was a surprise, welcome but cumbersome. They eventually changed their lives for him.

My character gained the rank of Jedi Apprentice on Done Be The Hill, Approaches Now The Mountain (Dec. 2010). My character was trained in the following force skills and abilities:

My character achieved the rank of Jedi Knight on June 14, 2011 Manic No More. . . . My character was trained by Shianni Horde in the following force skills and abilities:

My character was trained in the following force skills by Amalia Braska in Be the Mountain:

Retrieved from "https://swrpg.fandom.com/wiki/Kae,_Manu?oldid=41326"
Community content is available under CC-BY-SA unless otherwise noted.