View source
watch 01:36
We're Getting Mutants in the MCU - The Loop
Do you like this video?
Play Sound
Emmett Sho’han 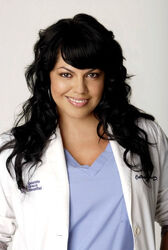 '“I save lives. Yours, ours, and theirs. I don’t see a difference between friendly’s and enemies on my table, I see only patients. I leave that part for someone else to deal with after I’m done.” -Emmett “Emme” Sho’ban Hardi

Emmett Sho’ban Hardi is a young woman originally from the planet Naboo, who has spent the past years of her life in Medicine School, her residency and a marriage that ended all too soon. Daughter to a half Naboo and half Corellian arts merchant and small village healer, Emme, as she is lovingly referred to by her family and close friends, has had a privileged upbringing, but the deaths of her mother at an early age, her oldest brother under the hands of the Empire, and her husband to a stroke has made of her a stronger individual. Having completed a residency program in Theed, Emme declines any offers and returns to her family’s home to finally mourn for her husband. Shortly after that stay, Emme leaves for Telos to join the New Republic Army.

Emmett Sho’han is a beautiful full-bodied woman- tall, with light bronze skin, long black hair, and big beautiful brown eyes. Emme has a broad smile that comes all too quickly to hear face. Having been raised by her father and 3 older brothers, she has a proficiency in athletic activities, and her full figure belies the body of an athlete- she’s been known to knock one or two colleges on shockboxing matches in college. Living in a metropolitan area like Theed, has allowed Emme to cultivate an appreciation for fashion and trends, which have only been made greater by her family’s business. A woman of the world, Emme has been able to develop multiple aspects to her life to include an aptitude for singing, acting, riding on mounted beasts, archery, and timber sports. Emme has a sensuality to her that her natural beauty and curvy body enhance, and while she’s most likely to be found wearing scrubs she’s got a very sexy side to her casual attire. When not in scrubs, or fatigues, she can be found wearing tight fitting trousers that accentuate her shape and feminine tops and blouses, all topped with a leather jacket and jewelry- in particular a necklace she always wears with her husband’s ring on it.

Emme is an extroverted, outgoing, funny young woman. She is not afraid to speak her mind, and perhaps that ¼ Corellian blood shows in a sometimes argumentative and stubborn streak. Social and cordial to everyone, it isn’t until there is a true friendship established that the measure of loyalty and dedication to her friends truly shines. Prone to singing to herself, or taking an emotional outburst out on an unlucky appliance, Emme not only wears her heart on a sleeve, she usually has that sleeve out for show. Fiercely protective of her patients, she believes that everyone should have the right to treatment, regardless of background, creed, sex or race. Having come from an unorthodox home, she celebrates diversity, advocates for family and has been known to speak her mind on any subject to complete strangers. Having been the only female in her household, Emme finds she’s sometimes more comfortable with other men than other women. She’s a proud, an independent thinker, and someone who sometimes acts first and then asks permission later. She always follows her heart and is not shamed by her gender, size, race or her opinions- and never, never her emotions.

15 ABY – Emme finishes pre-medicine program and beings Medicine School in Theed. While on leave with Anders on Naboo, Martell meets Emme and begin a relationship.

Emmett Sho’han Hardi was born in Theed on the planet Naboo in the year 6 BBY. Her family lived in a wealthy neighborhood closer to the Bazaars on the outskirts of the city. Emme’s father was an arts merchant whose Corellian ancestry always made him profess his love for the Corellian mindset. Her mother had been a village healer, but upon marrying became a house wife. Anders Lars Hardi Sr. had always wanted boys, which he could then encourage to lead a life of Corellian duty. It was so that before her birth, Emme, suspect to be boy also was named after a Corellian male relative. When Emme was 6 her mother died due to brain cancer, this alongside the knowledge her mother had passed to young Emme as a healer began the desire to become a doctor when she grew up. After her mother’s death, her father did the best he could but treated Emme like “one of the boys”.

When Emme’s oldest brother, Anders Lars Hardi Jr, came for leave from the Corellian Army to Naboo he brought along his best friend, Martell Jerwais, a fellow field medic. As Emme had finished college and was in the process to go to Medicine School, she was able to spend time with Martell, who besides his Corellian background loved the peaceful life in Naboo. After that leave, they remained in contact and began to court each other. On 18 ABY, during the Corellian Insurrection Martell’s and Anders’ company is ambushed and receive heavy losses, to include Anders’ life and one of Martell’s leg. Martell still recuperating from his injury, volunteered to bring Anders’ remains back to Emme’s family in Naboo. It was while he remained there convalescing he asked Emme to marry her. Shortly after the wedding he returned to the Corellian Army to finish his enlistment and returned to Naboo. While Emme finished her residency, Martell dedicated his time to travel to the smaller villagers so that he could put his field medic training to use and train to become a healer. It was while he was traveling back to Naboo that Martell had a stroke. Before he could be brought to Theed for medical attention he died. Emme became a widow at the age of 27. She took a month off from school, but finding that she couldn’t keep still returned back to work two weeks after Martell’s death. For the remainder of her residency, Emme threw herself at her work, and while her demeanor didn’t change much outwardly, she was consumed with loneliness and an ever creeping sense of purposelessness inside.

Emmett Sho'han Hardi was recruited into the New Republic Amry on Scrubs for Fatiguesby Colonel Milst Hisan. These are the trainings and skills completed:

If you have any questions feel free to drop me a line.