The SWRPG Wiki
Register
Don't have an account?
Sign In
Advertisement
in: Characters, SotL Members, The Students of the Light, Jedi Apprentices 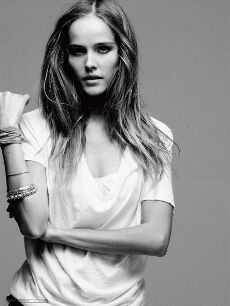 Ala is the epitome of innocence. While she senses that peoples intentions may not be good, she does not believe that people are truly capable of the things she has heard about. Her belief in the goodness of others runs deep.

She is incredibly naive about the intentions of others whether for good or ill.

Innocent, and naive almost completely describe her. The one other thing that could be said of Ala Quin is that she is shy. She is not to forthcoming to volunteer for jobs, and likes to just take a back seat to proceedings and not draw attention to herself.

ADDENDUM: Ala has grown into a young woman of learning, and surprising wisdom. She is not a warrior, but is most definitely not a slouch with a saber. Her maturity is now on display for all to see, though her biggest concern is not providing her students with all that the need in order to make it.

Ala was taken to be a worker in an asteroid mining facility near Sullust when she was only 4 years old. The mining company would hire young children with small bone structure to do some of the most dangerous work. 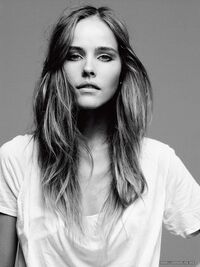 For the next three years, Ala worked twelve hours a day. Her task was to climb into clogged exhaust vents and try and unclog it. The guards joked that it was cheaper to run a child than a droid, and if the exhaust accidently purged they didn't have as much to clean up seeing that flesh burnt enitrely away. The job, obviously, was very dangerous.

At 7 years of age, Ala was spotted by the manager of the asteroid, Mart Bolgon, who took a liking to her. From that time on she received preferential treatment, and no longer worked the more dangerous assignments. Mart, who was only into his sixtieth year of his expected two hundred year life span, decided that Ala would be his next wife. Ala had no idea of the man's intentions, and felt somewhat guilty that her fellow 'workers' were still constantly risking (and losing) their lives while she served in the kitchen.

Ala was 12 years old when she noticed that she had peculiar abilities. While stirring a pot, she tipped scolding water over her arm. While she lay on the ground writhing in pain, she felt an unusual calm falling over her and her thoughts focused on her arm. A few minutes later she found herself sitting up and watching as her arm healed itself completely. In fear, she decided to not tell anyone of the incident.

A day after Quin's 17th 'birthday' (it was really the day that she arrived on the asteroid), she was serving the guards their food. The men were often disgusting, bigotted and smelly individuals who thought nothing of letting their eyes wander too much. A guard grabbed her by the hand and shoved a small amulet shaped like an odd creature into her hand. He had not said anything, but Ala had noted his name, and then realized that he seemed to be around her a lot. This guard was found to be sternly reprimanding a fellow guard after the evening meal for letting his eyes roam to freely when Ala had been near. The young woman was shocked. No one had ever stood up for her before.

A year passed, and Ala grew increasingly more secure and comfortable in her existence. She felt as though she now had her own guardian angel, but longed to know more of this stranger and why he acted in such a way. Her wish was granted when she was confronted by her hero. His name was revealed to be Gaven Harn, and he revealed that Mart Bolgon intended to wed her by force. Gaven offered to help her escape. The offer was outrageous, but at the same time thrilling...and beyond her wildest dreams.

Ala was amazed at Gaven's seeming ease of escape. He seemed to be able to simply walk past guards with her alongside and no one seemed to notice. They were stopped once, and the guards threatened them both. Gaven simply spoke a few words, and the guards were repeating them back to him and allowing them passage on to the next shuttle off the facility. Their escape was so easy, and almost impossibly mundane. She looked at Gaven with ever increasing awe. Quin had no idea what sort of man he could possibly be.

The next two years were spent traversing the stars. It seemed that Gaven was unable to stay still. Perhaps he was just antsy, or maybe he was running from someone, Ala could never tell. All through this time she felt nothing but affection from the man as he doted on her and treated her like she thought a princess ought to have been treated. Little did she know that they were simply moving from one backwards planet to the next and living in dumps and wearing second hand clothing, but as far as Ala was concerned she was living the high life.

Her life of 'luxury' and joy came to a crashing halt when she walked in the door of the tiny apartment that she and Gaven had made their home for a few months. Gaven lay dead on the floor. A blaster shot to the chest had ended his life swiftly. Ala cradled the man in her arms and wept for hours. Not knowing what to do or where to go, she searched the room for credits and something to give her hope...information...anything.

What she found was a hand written notebook by Gaven. In the little book the last entry was found to be incomplete.

"I must take Ala to Yavin 8. It is no longer safe to drag her around with me. They will know what to do for..." With what little money she possessed, and what little knowledge she had of the galaxy, Ala made her way to the place called Yavin 8. She expected, there, to find answers.

The closest thing Ala has had to family has been Gaven. She often wondered if he really was family, but has never found anything to validate her suspicions.

Since arriving at the Jedi temple, Ala has 'adopted' two siblings:
Caltin Vanagor - Her protector and big brother.
Lynmeira Verashy - Her teacher of all things feminine.

Shii-cho I
Ataru I
Soresu I
Shien,Djem So I

My character gained the rank of Jedi Apprentice on December 30, 2009. My character was trained in the following force skills and abilities:

My character gained the rank of Jedi Knight on September 3, 2010. My character was trained in the following force skills and abilities:


- Ala and Wilan Duel


- Ala and Adrona spend quality time together


- Ala gives Spark a piece of her mind

Ripples of the Past

- It begins
- Up in the Air
- Should I Stay or Should I Go?
- A Step in the Right Direction
- The Path Continues
- Honing Saber Skills - Caltin and Ala argue about her desire to go and find her mother by herself
- The Space Between
- Sibling Rivalry
- The School of Vinoda
- Lendarr's Lessons
- The Class of Keight
- Wilson's Way
- Tutorial of the Trunks
- Bacquin Boulevard
- Toobin's Testimony CROSSOVER
- The EVIL Ala is in control for the first time
- The Convocation, the Climax of the arc
- Restitution, Ala's return to Yavin 8
- Ala and Caltin make peace


- Rematch between Sarn, and Caltin/Ala

Too Soon Comes the Future

Known for knowing something about everything that has been learned so far, Ala's player is easy going and from the future (for most people). Constantly existing at least 2 hours ahead of everyone else, this RPer makes New Zealand home, and loves every minute of it. Always eager to plot and connive, you can often find Ala Quin logged in, but not necessarily paying attention!