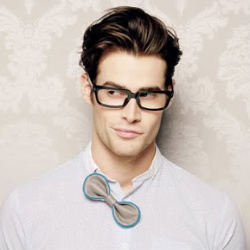 The planet of Dantella IV, a modest, more middle class planet thrived for centuries, living off its own natural resources and the planets natural skill of working out trades and deals with nearby systems. No one with the exception of the politicians were grossly wealthy and most people survived with a modest income. Among the populace were a young married couple, Jacob and Maria Daniels. Both were well known pharmaceutical scientists who owned their own private company as well as a chain of pharmacies within Ple City. When the pair received financial independence they began to try for children. They were immediately blessed with Jake. The pregnancy was routine and very text book, though shortly thereafter, were blessed with a second boy, Jack. Even at his earliest days, Jack seemed just a bit more different from Jake. Whereas Jake was known to be a crier, Jack was not. The child would routinely lay in absolute silence, regardless as to whether he was hungry, tired, or needed a change. Much like they had with Jake, Jack was spared no expense, which included testing. Due to his severely quiet nature, many thought the young boy may have special needs and ultimately suffer from some form of mental retardation. Through a battery of tests which showed cognitive function, problem solving and even cat-scans it was revealed that Jack was in fact normal and developing at a healthy rate. He was nothing more than an extremely quiet child.

When Jack turned one, he and his older brother Jake were left in the care of Stefan’, the Daniels neighbor whom often looked after the boys, especially since Maria was expecting their third child, a daughter. That night, Stefan’ received word that Jacob and Maria had been killed in a crash. Too young to understand exactly what was going on, the boy could do nothing but watch as Jake went hysterical, crying out for his parents. Stefan’ shortly thereafter became the legal guardian to the two boys, though due to the risk of trauma, they were separated. Jake stayed with Stefan while Jack went to live with his Grandparents. Under his grandparents care, the boy was well loved and cared for and spent nearly every weekend with Jake, yet as he grew older, his quiet nature solidified itself to the point that even when he was spoken too, the boy would not talk.

This changed, however, when he entered secondary school. Developing relatively fast, the boy became built, tall, and intimidating in physique which helped him socialize with many people, particularly women. Throughout Secondary School Jack held numerous girlfriends, often coming up with classic or cheesy pick up lines that he used along with his signature grin and eyebrow tilt. Strangely after solidifying a relationship, he would resort to his overall quiet demeanor that often repulsed a woman within a few months. As time went on, Jack used his skills for casual get togethers and one night stands. Without the need for a relationship, Daniels developed his grav-ball skill and eventually went professional for the Ple City Ironhides, playing Striker. Over the next several years he excelled at his position, bringing the Ironhides to the Championship game on three occasions but only winning the title once.

Jake Daniels To be edited.

Retrieved from "https://swrpg.fandom.com/wiki/Daniels,_Jack?oldid=28187"
Community content is available under CC-BY-SA unless otherwise noted.