The SWRPG Wiki
Register
Don't have an account?
Sign In
Advertisement
in: Characters, SotL Members, The Students of the Light, Jedi Padawans 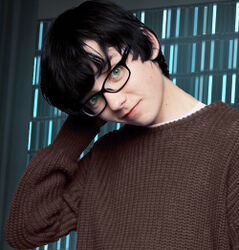 Raised on Onderon by a series of guardians and tutors rather than his eccentric and absent Mother, Cai'rn learned self reliance at a very early age. As much as his professors taught him, Cai'rn always loved looking for whatever knowledge he could gain from his mother's extensive library. Not only schooled in academics, the boy also was also trained in various forms of combat, both practical and sporting. It was an accident during a fencing exercise that revealed the boy was sensitive in The Force.

Believing his fate sealed to eventually succeed his mother within Court Politics, the sudden realization of his ability to use The Force gave Cai'rn a sudden new outlook on life and how he could best help others. When finally given the choice of continuing to be raised and take part in the realm of Onderon politics or departing to gain knowledge of his increasingly hard to ignore Force sensitivity - Cai’rn quickly decided which path was true. The very next morning the boy departed for Yavin 8 to face his future.

Cai'rn is the only child of a woman known as Lady Lailah of House Corviae - an assumed ambassador of Onderon who was known to be quite eccentric when planet-side. The young boy grew up only occasionally meeting, and even rarer actually speaking with the woman who gave birth to him. Much of who she was is still a mystery to him, faced more with rumors than first-hand knowledge.

As for his Father's identity - only his mother seemed to hold that piece of knowledge and she was quite happy to keep it that way. Cai'rn has never met the man.

It was easy for Cai'rn to part ties with the two individuals - one whom he only barely knew and another that was non existent. He now considers the Jedi as a whole his family.

My character is being by Demitri Drahmin. My character was trained in the following force skills and abilities:

Awaiting Fate (Recruitment)
The Misty Mountains (Training)
What Next? (Mountain Side Tavern)
Far Horizons (The Compound)
Finally - The archives! (The Compound)