The SWRPG Wiki
Register
Don't have an account?
Sign In
Advertisement
in: Characters, TSE Members, The Sith Empire 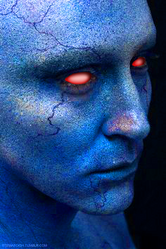 Tales of the Galaxy

Kaman got her start as a roleplayer in the Star Wars chatrooms on Talk City in 1999, where she went by the name of Miriya Cailis, and others. From there, she became a member of SWFans [Now TheHoloNet (THN)] and has been there since 2000, with its earliest incarnation. In Fall 2008, Kaman joined SWRPG, and SWRP: Chaos in Early 2014. What an nerd.

She is nowadays on site staff at SWRPG as a moderator, in addition to being a Faction Leader for the New Republic; she still tries to juggle these three roleplaying sites, with varying degrees of success.

The Dark Spire of Ruusan