The SWRPG Wiki
Register
Don't have an account?
Sign In
Advertisement
in: Characters, SotL Members, The Students of the Light 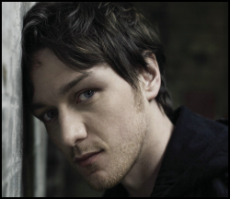 Athil was born in the capital city of the planet Bakura, Salis D'aar. While not rich, his family were well-respected members of the Bakuran community, operating a small restaurant in the middle district. However, when there was an outbreak of Bakuran fever bump, they feared it could seriously affect the weak immune system of their son, and they chose to relocate to the city Prytis.

In a new environment surrounded by enormous areas of forest, Athil began to spend his childhood exploring. He found himself to have fantastic natural instincts, and learnt to use them to manuveur around, and up, the large trees.

All grown up, Athil eventually made his own way back to the capital city, where he took his first job working the counter at another restaurant, assuming that his background would help him do well in the job. But, he found that the sprawling and artificial city really wasn't the area for him to live, and that he really wasn't all that great at customer service, because he just got bored hearing the same orders for food, and began to focus on what was around him instead.

Slightly put-off, he returned to Prytis and lived with his parents again, promising to begin his own life but instead going out, back to where he had spent his younger years exploring. The older and more experienced Athil went out every day, but eventually found that the forest, too, lacked whatever it was he was looking for. Athil chose to visit an elderly family friend, Khalus Dul, finally confiding with someone and asking for advice. Dul told him that he had seen him outside for many years, and that he had never known someone so intune with the living, rather than the artificial world. He told Athil of the Jedi, and what little he knew of the Force, describing their ongoing duty to maintain balance in the universe.

The idea, and possibility, of perhaps being able to join the Jedi ranks, and eventually keep their vision going, was taken up by Athil, and chose to seek the Jedi on Yavin VIII.

Athil's childhood exploring and playing by himself made him more accustomed to the company of his own mind than that of others. Instead, he naturally focuses on everything living and moving around him - Athil isn't interested in the artificial world.

Athil acts like a sponge, observing everything around him. He takes what he feels and sees for the absolute truth, and can be stubborn at times as a result, despite his best efforts to see every side of what is going on.

While he never acts for personal gain, Athil pays little attention to what happens long-term from his actions, and only thinks far ahead enough to consider the immediate consequences, albeit somewhat narrowly - he thinks little of how it will affect those outside whoever he is acting for.

Father | Khalus Andras
Khalus was named after a friend of the Andras family, Khalus Dul. He is primarily business-minded, interested in the expansion of his wealth. Despite this, he was willing to pack up and move to Prytis when his family needed it.

My character gained the rank of Jedi Apprentice on [insert link to promotion thread here]. My character was trained in the following force skills and abilities:

My character achieved the rank of Jedi Knight on [insert link to promotion thread here]. My character was trained in the following force skills and abilities:

Here you can tell us a little about yourself and your inspirations for Roleplaying.

Here you can link and list all of the characters you roleplay.