The SWRPG Wiki
Register
Don't have an account?
Sign In
Advertisement
in: Characters, TSE Members, The Sith Empire, Sith Masters 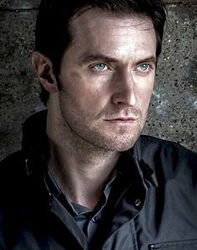 Lucianus was trained in the Force by Master Razielle Van-Derveld for the duration of his time as an apprentice, after which the Van-Derveld matriarch and the majority of her immediate and extended family went into seclusion. After a visit to his father's grave, and contact with the long blade that marked it, Lucianus experienced a flood of memory that had been locked away, and replaced with memories of a life before his time with the Sith that were altered, if not outright fabricated.

He remembered, and remembered well, all the training in Force, blade, and more besides that his father had given him. He was more powerful than those nearest to him could have known, a full Master of the Darkness in his own right. This, if anything, changed the game he played.

A consummate combatant, Lucianus is as skilled unarmed as he is with arms, and has been trained in the following lightsaber forms:

Tales of the Galaxy

Kaman got her start as a roleplayer in the Star Wars chatrooms on Talk City in 1999, where she went by the name of Miriya Cailis, and others. From there, she became a member of SWFans [Now TheHoloNet (THN)] and has been there since 2000, with its earliest incarnation. In Fall 2008, Kaman joined SWRPG, and SWRP: Chaos in Early 2014. What an nerd.

She is nowadays on site staff at SWRPG as a moderator, in addition to being a Faction Leader for the New Republic; she still tries to juggle these three roleplaying sites, with varying degrees of success.

The Dark Spire of Ruusan